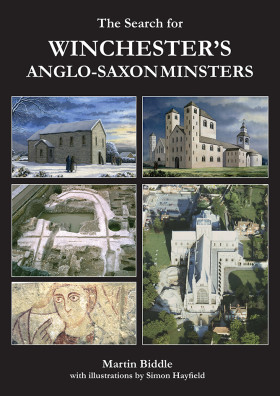 The Search for Winchester’s Anglo-Saxon Minsters

The ancient cathedral of Old Minster and the abbey church of New Minster once stood at the heart of Anglo-Saxon Winchester. Buildings of the first importance, honoured by Anglo-Saxon and Norman kings, these great churches were later demolished and their locations lost. Through an extensive programme of archaeological excavation begun in 1961, and as a result of years of research, the story of these lost minsters can now be revealed. Written by Martin Biddle, Director of the Winchester Excavations Committee and Research Unit, and marvellously illustrated by Simon Hayfield, The Search for Winchester’s Anglo-Saxon Minsters traces the history of these excavations from 1961 to 1970, and shows how they led to the discovery of the Old and New Minsters, bringing back to life the history, archaeology and architecture of Winchester’s greatest Anglo-Saxon buildings.

Click here to purchase this publication online
Scroll to top