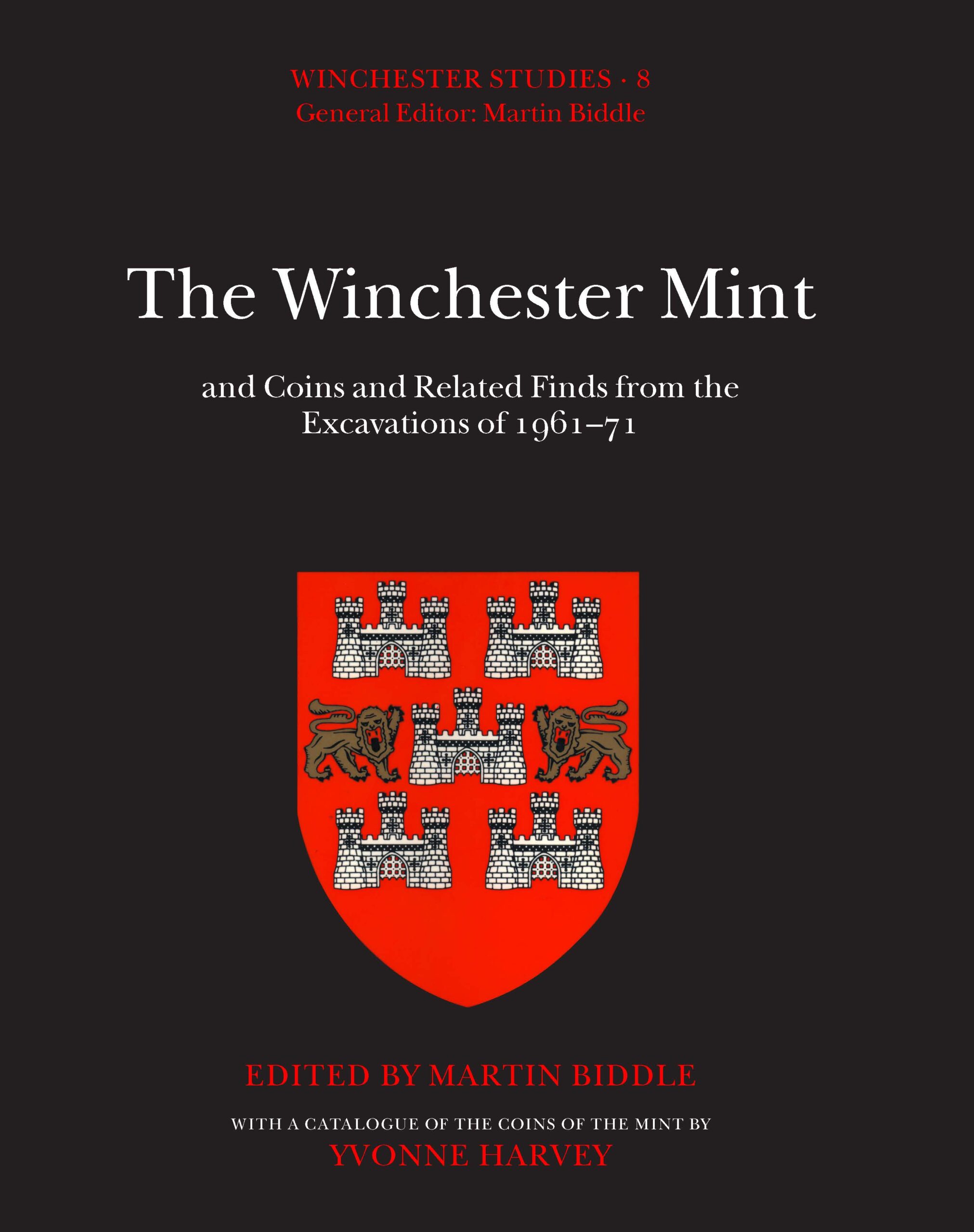 Edited by Martin Biddle with a catalogue of the known coins of the mint by Yvonne Harvey, this volume records and illustrates the minting of silver pennies in Winchester between the reigns of Alfred the Great and Henry III, a period of three and a half centuries. At the Mint, which was situated in the area of the High Street to the east of where the city’s cross now stands, at least 24 million silver pennies (possibly as many as 50 million) were struck. Five and a half thousand survive in museums and collections all over the world. These have been sought out and photographed (some 3200 coins in 6400 images detailing both sides), and minutely catalogued by Yvonne Harvey for this volume.

During the period from late in the reign of Alfred to the time of Henry III, dies for striking the coins were produced centrally under royal authority in the most sophisticated system of monetary control at the time in the western world. In this first account of a major English mint to have been made in forty years, a team of leading authorities have studied and analysed the use the Winchester moneyers made of the dies, and together with the size, weight, and the surviving number of coins from each pair of dies, have produced a detailed account of the varying fortunes of the mint over this period. Their results are critical for the economic history of England and the changing status of Winchester over this long period, and provide the richest available source for the history of the name of the city and the personal names of its citizens in the later Anglo-Saxon period.

Reviews of The Winchester Mint

‘It is a pleasure to give a very warm welcome to this mighty and long-awaited volume which sets out in meticulous detail what is currently known about the output and operations of the Winchester mint between Edgar’s reform of the coinage in c.973 and the mint’s final closure early in 1250.’

‘…Martin Biddle, the presiding genius of the Winchester excavations and the instigator of the Winchester Studies series…and Yvonne Harvey can properly pride themselves on a monumental task now happily accomplished.’

‘… At its heart is a dazzling detailed corpus of coins struck in Winchester between the reigns of Alfred and Henry III. This is as near comprehensive as possible … and the scale of her [Yvonne Harvey] efforts in its production are staggering, with tens of thousands of comparisons needed to complete the die study alone. Students of Late Saxon coinage should be grateful to her for producing such a tremendous resource and it will be a fitting legacy that her work is likely to act as the foundation and inspiration for a whole new generation of scholars.’

‘… It is an exemplary record of the numismatic material from the excavations with a detailed catalogue and discussion of how coins were made in the town.’

‘… The book will continue to be important and relevant as a foundation for much further work for many years to come. Any collector or scholar of the period should have a copy on their shelf.’

Andrew Woods, Curator of Numistmatics at the Yorkshire Museum’s Trust.