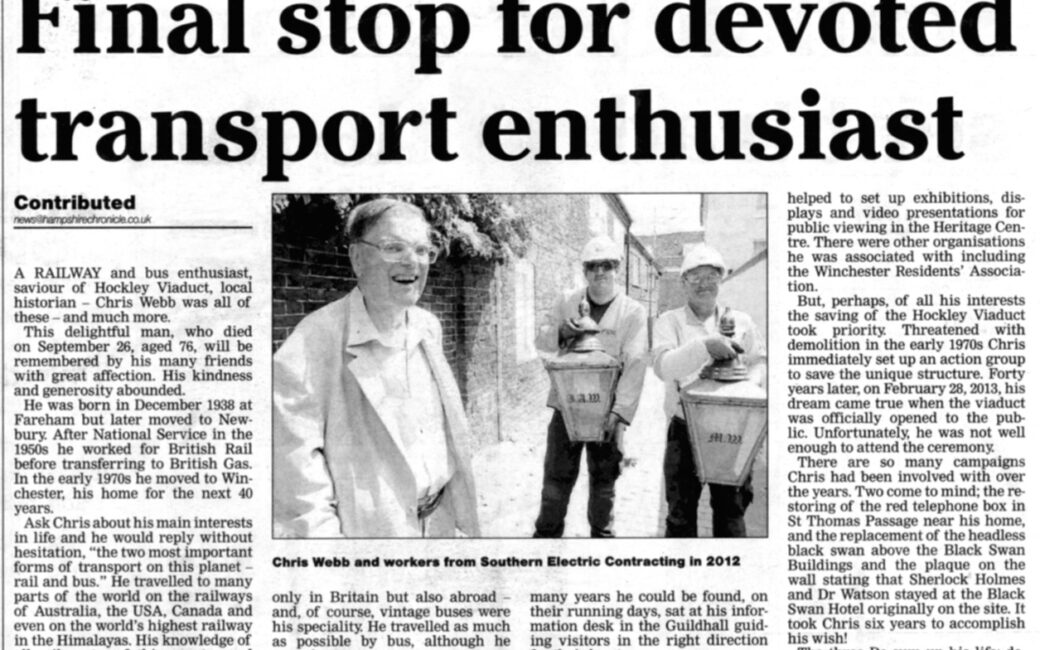 A number of tributes have been paid to Chris Webb, who passed away on 25th September. He was a long-standing supporter of the Winchester Excavations Committee, as well as many other local organisations. Winchester Excavations Committee members recalled his passionate support for the King Alfred Busses, his early support for the fight to save Hockley Viaduct from destruction in the 1980s, his help with the campaign for a tunnel under Twyford Down, and above all Chris’ gentle humour and kindness.

A few words from Martin Biddle:

‘Chris was a good friend and archaeological enthusiast. He grew up in a household with a profound interest in the past; his parents were members of the Egypt Exploration Society and Chris accompanied them on a number of visits to Egypt, Central Asia and Europe as a boy.

He served as a member of the Winchester Excavations Committee for many years, and was also on our management committee, where his enthusiasm and wise comment were greatly appreciated.’

Over one hundred people attended Chris’ funeral, including representatives from the Winchester Excavations Committee, The Rifles (Chris was in the Ox and Bucks Light Infantry – 1st Green Jackets (43rd and 52nd) as one of the last National Servicemen), Friends of King Alfred’s Buses, Friends of Hockley Viaduct and the City of Winchester Trust. 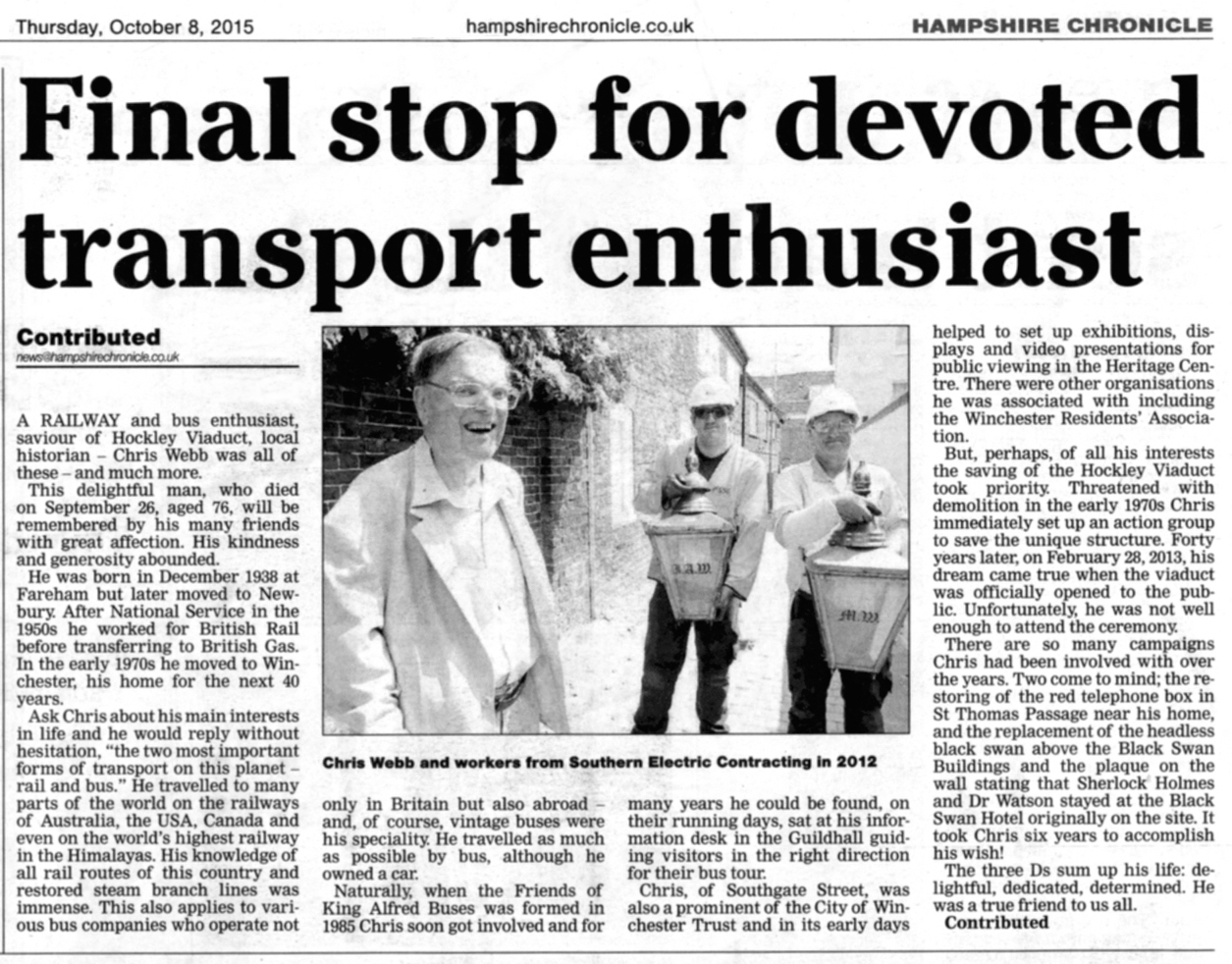