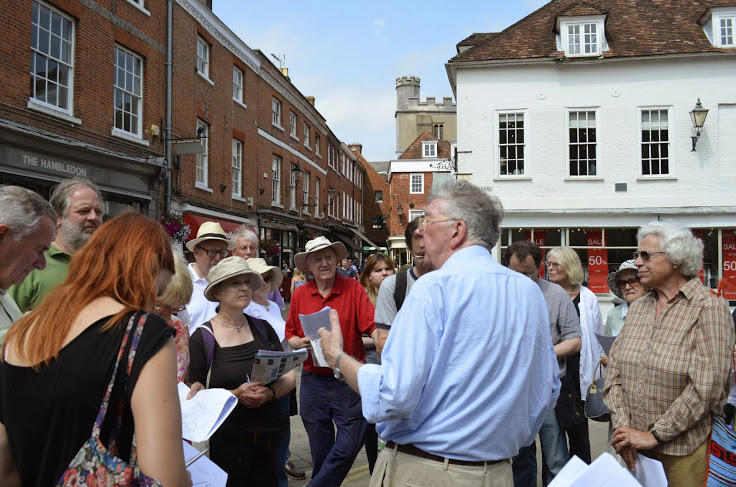 A group of 35 people were treated to an exceptional tour of Winchester on Saturday 19th July, led by renowned archaeologist Professor Martin Biddle CBE.

The keen walkers turned out in force, despite an ominous weather forecast (the day started hot and sunny throughout...St Swithun was definitely with us!), to take advantage of this exciting opportunity to learn about the archaeology of Winchester with Professor Martin Biddle, who carried out excavations of the city between 1961-1971 and is general editor of the 'Winchester Studies' series of books on the history, archaeology and architecture of the city.

The tour, which was organized by the Winchester Excavations Committee as part of the CBA (Council for British Archaeology) National Festival of Archaeology, began outside the Great Hall on Saturday afternoon.  The group was then led from the Great Hall down through the streets of the Anglo-Saxon town laid out in the reign of King Alfred to visit the site of the Anglo-Saxon cathedral known as 'Old Minster'. by kind permission of the Dean, Professor Biddle led to group onto the site, allowing everyone on the tour to see the plan of Old Minster (laid out in bricks in the grass) and the grave of St Swithun at close hand.

The tour finished in the ruins of Wolvesey Palace.  By special permission of the Bishop, the group was led through the Water Gage, which links Wolvesey and the Cathedral.  A rare treat by indefatigable speaker, who answered many questions and vividly recreated Winchester's ancient past, and no doubt another highlight for many on what was truly extraordinary tour enjoyed by all.

Thank you to everyone who attended our event and helped to make it such a great success. 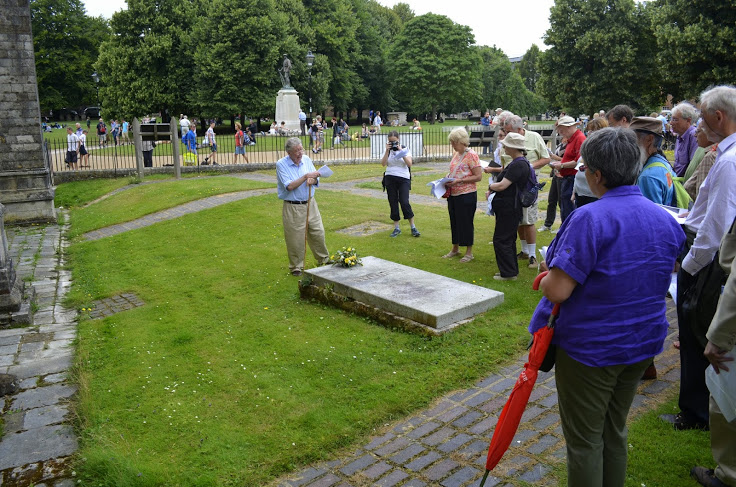 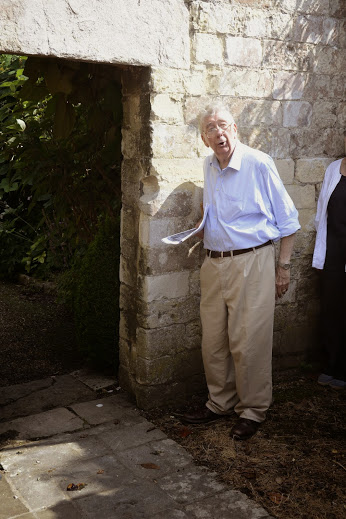 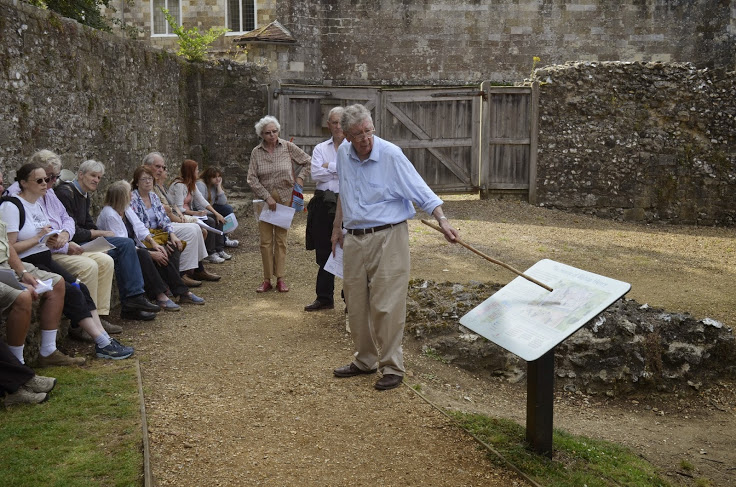