Firstly I want to pass on all our thanks to IBM for letting us dig on this wonderful lawn. IBM and the Club      have been wonderful, with the Cheesy Chips getting the diggers top prize for lunch… plus a cold drink at the end of a hot day.  Seriously, IBM have provided great facilities for us which has gone a long way to making this dig so much fun. The sunken secret garden to chill in was magic and we all gathered there at breaks to chat and eat.

Then I want to thank all those people who came along today [WARG's Open Day, Sunday 5 September].  I’d expected 71 but I think we were nearer 100 and people were still arriving at 5pm. I know the children enjoyed the spoil heaps and we had a great time explaining why there were so many oyster shells and as usual their sharp eyes found some finds we had missed.

So the question always is “did you find anything”… Well yes most definitely. Our finds team worked tirelessly to clean, document and label all of the items we dug from the trenches. There were some great [finds] and you could hear whoops and hollers across the site when a digger uncovered one.

WARG were hoping to excavate the large Tudor house, which they knew was under the ground from the geophysics carried out. Stuart updates:

The features we have uncovered are not really in alignment with that representation but they also tell us so much more…We believe that the house was built in the mid 1500’s and was demolished in the 1720’s but what we did not know was that it was also knocked down sometime between those two dates.

The archaeology shows that an earlier house was largely demolished, in some places to the foundations.  These were then widened and strengthened (probably to support a taller building) particularly in the middle of the house. The floor surface in some areas looks to be around 1m above the current ground level – very like the current Hursley House that has a garden level with the family rooms reached by steps above.

There are indications that the historical records might confirm this redevelopment theory but there is much work to do before that can be confirmed. Reused stone (possibly from Merdon Castle) appeared from time to time, some of it very fine. Then excavating in the domestic area we uncovered wall like structures that resemble medieval walls and represent an earlier building on the site. Whether this was a timber building on top of these foundations, or a wall of some form we cannot tell.

Keep an eye out of WARG's website for any further details: http://www.warg.org.uk/ 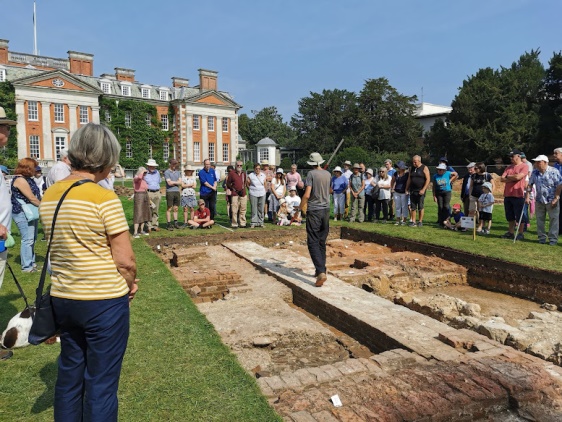 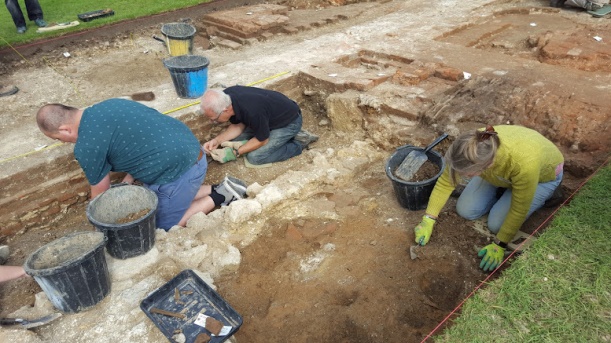 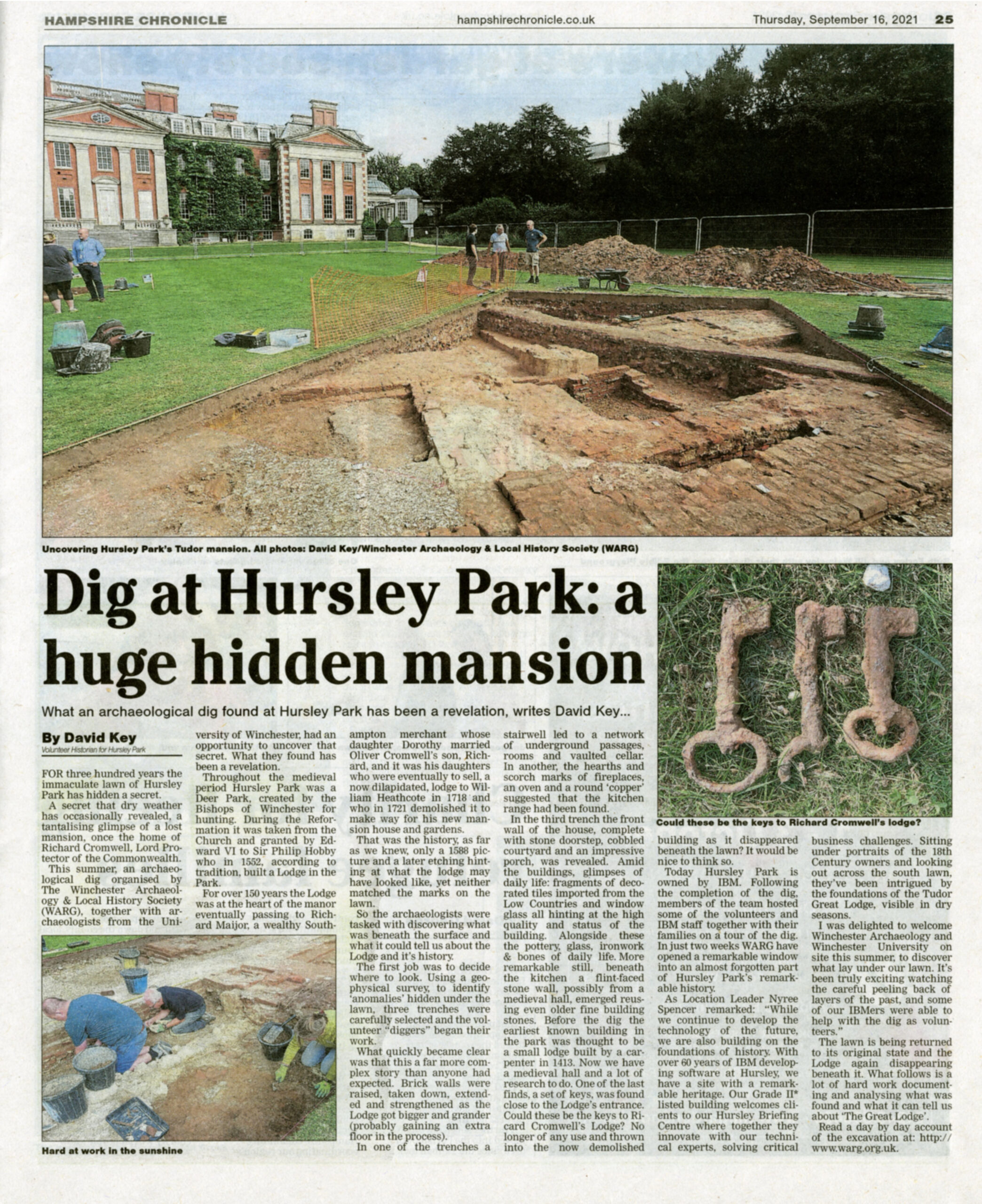